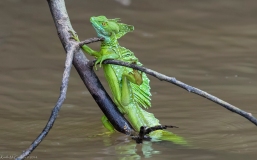 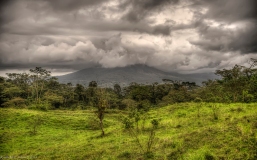 Road to the Pacific 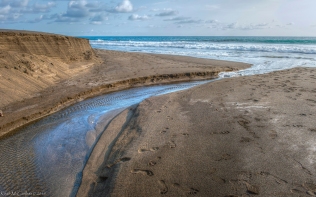 Deep in the Rainforest

Photographer Keith McCanless provided the details and images for the Costa Rica destination.

My 11 day adventure to Costa Rica was in early February, 2015.  Although February is considered part of the dry season, we traveled through many tropical rain forests, so it rained almost every day.  Since we were traveling by small bus in a group of 16, the best time to photograph was when an opportunity presented itself, and never planned. As a result most of my scenic landscape photos were taken through a window of a moving bus. We traveled throughout the countryside on two lane roads and avoided San Jose, the largest city.

Costa Rica is a small country about the size of West Virginia.  Although Costa Rica is a beautiful place in its own right, the country stands alone in the Western Hemisphere for its diversity and density of wildlife for such a tiny country.  With over 190 biological reserves, national parks, and wildlife refuges, together containing over 250 indigenous mammals, over 900 birds, innumerable reptiles, amphibians, and arthropods, the tiny country offers many sensory overload opportunities for the wildlife photographer.  Costa Rica is sometimes described as a large and diverse “national zoo without cages”.

I would recommend the photographer pack his or her camera bag lightly, but to be sure to carry a mid range zoom  (24-70 mm), and one quality telephoto lens. I found that with so many wildlife species and opportunities available, I ended up taking over 70% my  total of some 6000+ images at 600 mm (300 mm + 2X TC).  I had also brought with me a 70-200 zoom but never used it  because it was either too long or too short for the required composition.