The November Show & Tell featured Jim Matos and video clips from members attending Jim’s videophotography workshop class. There was a large attendance at this meeting which also offered an outing based on the supermoon. The videos were beautiful and very professional looking. Some were straight edited clips and some were prepared from slides. There was much interest and we thank Jim and his class for making November such a memorable Show & Tell. Click on photo to expand: 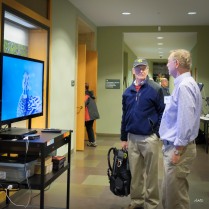 The October 10th Show & Tell will be a second round of Questions & Answers (the first was last May’s S&T) where any member can ask a question on any aspect of photography, including artist’s techniques, software, technical camera questions (i.e., DSLR vs. Mirrorless, etc.) or any specific issue or problem. Answers will be from other attending members who may have expertise in a particular area or from our panel with a wide range of experiences. The Board had received positive feedback after the May meeting so we tried it again.

A few hardy members showed up and we proceeded but there were few questions and this format will be reviewed for future consideration. Thanks to those who participated.

On September 12th, we were delighted to have our own Program Chairman, Hart Kannegiesser, present Arboretum images in different forms. You might remember Hart’s excellent Monthly Program in August 2015 Destination Arizona – 13 Years of Photography in the Grand Canyon State. Hart displayed a book of Arboretum photographs in ring binder format;  earlier stages of the book in hardcopy and e-book format by Blurb, a continuous slide show of autumn images on our monitor; and full size prints on easels. There was much membership in his photos and the video slide show was beautiful as well. Great job, Hart! Special thank you to Tim Rex who supplied this month’s pictures below. Click to expand. 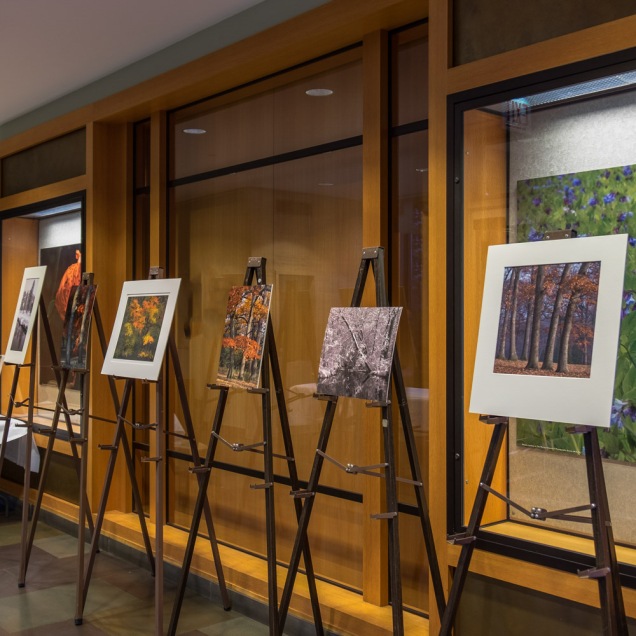 Mirrorless, mirrorless on the wall, which is the better technology of them all? Tonight Roy Flieth of Pro-Cam along with Barrett McGivney Sony discussed and demonstrated the latest in mirrorless cameras and how they perform against standard DSLRs. This was a special technical Show & Tell as there is much interest in this newer format. Advances in mirrorless that include improvements in the use of the sensor itself for the addition of superior phase detection technology over contrast detection as well as a better electronic viewfinder (EVF), are leading the way toward greater acceptance. Judging by the crowding of Barrett’s table, the interest is very real. Thanks Barrett & Roy! Click to see larger photos below:

This month we were happy to have one of our own, long-time member Elsie McConnell, display a complete retrospective on horses and ideas how to photograph them. This was especially timely in view of our September outing to Lipizzan Stallions  – Temple Farms. Elsie has spent most of her life around these magnificent and noble animals and can truly be considered to be a real-life “horse whisperer”. Her Artist Statement can be found in a photo below. A lot of members showed much interest in Elsie’s presentation. Please click to expand:

We were pleased to present our own Chuck Morris who shared images taken close to home. Some of Chuck’s work are currently featured under our Exhibits/Featured Images/Member Accomplishments section where Chuck had held his own exhibit at the Woodridge Public Library. The following was Chuck’s “artist statement” for the June Show & Tell…..

“Here are some scenes from three years of photographing at Morton.  Each photo was shot and processed in JPEG format, then adjusted in Lightroom only.  Each was shot with either a Nikon P7800, Nikon J4 or a Nikon D7200.  Guess which is which!…”

Thanks for your presentation Chuck! Beautiful photographs. Click on images below to expand:

Today there was no “Show & Tell” per se but in its place MAPS presented an experimental Question & Answer (Q&A) program during the S&T time slot in response to a member’s request. For the most part, the idea and implementation were sound but there were logistics issues that need to be addressed if we try this in the future such as better separation of social/snack interaction from the Q&A session and to possibly have more prepared questions for future Q&As..

The moderator, Andy Dichter, explained that the idea was to have both the questions and answers come from all of the attendees and not from the moderator, as everyone’s experiences in all phases of photography are different and questions might include artistic ideas and not just technical inquiries. Although there were not an over abundance of questions, both types were discussed (i.e., why use Nik software) and answers (in this example… artistic vision) came directly from the attendees.

Thanks for the participants on both sides of the questions and to Davis Schooley for sitting in as our technical guru. We will be polling the membership on whether to repeat this in the future. 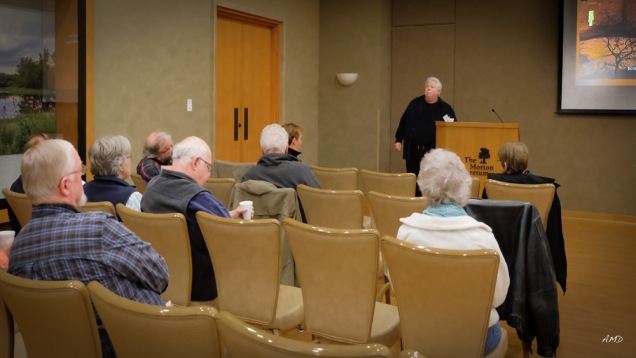 MAPS was pleased to feature one of our own members, John Janunas, who’s presentation was best said in his own words: “This was a very basic display of nature images mounted on foam board. The images are free standing in a piece of Corian”. The images were truly beautiful and many members stopped by to compliment John. Thanks for participating in Show & Tell! Click below to expand photos. 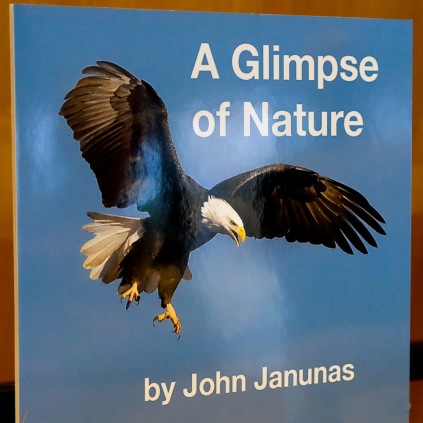 Unfortunately, this month’s Show & Tell had to be cancelled at the last minute as a result of reduced presenters’ participation. A slide show of nature images was quickly assembled to add movement to the lobby!

We were very happy to once again host Roy Flieth who represents ProCam in Aurora, a new camera store in our area which is always welcome news! Roy brought a ton of hands-on cameras, lights, gadgets, catalogues, etc., with an emphasis on long, fast lenses.  As many of our members know, ProCam recently sponsored our last outing, Macro Photography, by providing a large workspace pre-equipped with lights, shadow boxes, etc. (see Show & Tell on this website), much to the delight of the outings’ attendees.  Also, please view our members’ macro photographs by clicking on the OUTINGS tab and scrolling down to the outing link. 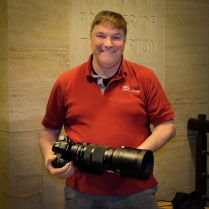 We are pleased to have had our own Chuck Derus present for the January (2016) Show and Tell.

Chuck featured images from the Grand Canyon that included the lesser traveled North Rim, Death Bend Colorado (a horseshoe bend of the Colorado River) which took a 4WD and a hike to reach, the lesser visited White Pocket on the Paria Plateau in Northern Arizona (also very remote) and Tatahatso Point overlooking the Marble Canyon and other exotic locations that were better explained by Chuck to the many interested members during tonight’s exhibit.

In Chuck’s own words: “The impressive White Pocket filled the senses beyond imagination! The drive to the swirling, twisted, multicolored natural artwork is an adventure in its own right, and the exploration by foot is endless.”

Chuck’s (self printed) images garnered a lot of attention due to their impressive scope. His multilayered preparation of the night sky was so clear, the Andromeda Galaxy was visible! Please enjoy the photos below by clicking on them.

NOTE: The 6th photo is of our own Jim Judd who took the time to set up a demonstration of our MAPS website. If you are reading this paragraph, the lesson wasn’t for you! Thanks, Jim.